There is one youth group teaching session that no-one wants to be at. Neither the leaders nor the young people want to be talking about pornography, but that isn’t because it’s not relevant.

As part of a recent series looking at relationships with our 14-18s group at church, we spent an evening exposing some of the lies which pornography tells us. At the start of the session I conducted a little bit of casual research as asked why sort of things they were being taught at school about pornography. Initially, the answer took me by surprise: “Nothing”. Those at the top end of the group had sat through nearly a decade of biology, PSHE, citizenship and religious studies lessons teaching them about sex, but no-one had every had the courage to talk about pornography, even though this is probably the area of sexual behaviour which effects a larger number of teenagers than any other.

What follows is uncomfortable and at times disturbing, and this is the sanitised version for general publication! But my guess is that you’ll think twice about using pornography once you realise how it lies to you. Here are four way you are being deceived:

Now we might expect this sort of comparison, after all, when we listen to a great symphony or study a renaissance masterpiece, we can’t help but judge whatever we subsequently listen to or see against it. But pornography doesn’t just open our eyes to what is available, it reprogram our eyes to want fantasy over reality and it also seems to warp our minds and our judgement about people in other spheres.

Zillmann and Bryant divided the participants up into three groups. One control group did not view any pornography. One group watched a ‘moderate’ amount and the final group viewed a ‘massive’ amount of pornographic material over a six week period. As we would expect from 25 year old research, some aspects are now outdated, but it is not the analysis that is no loner true. What has changed since the 1980’s is that what was then considered to be ‘massive’ exposure to pornography could now be described, using Dr. Mary Anne Layden’s phrase, as the ‘Friday Afternoon Group.’

“A recent survey of 29,000 people at North American universities shows 51% of men and 16% of women spend up to five hours per week online for sexual purposes, and another 11% of men spend anywhere from five to 20 hours per week. What used to be “massive” exposure is now common practice”

To see how pornography alters our perceptions in the non-sexual sphere, Zillmann and Bryant asked the male participants in the three groups to answer the question “do you support women’s rights?” 71% of those in the control group answered ‘Yes’ compared to 48% in the intermediate group and just 25% in the ‘massive exposure group’. It seems that the simple act of watching pornographic films significantly reduced the likelihood of a man giving value to women. Gilkerson concludes:

“Often pornography, and even mainstream media, portrays women as people who are glad to be used and objectified. It isn’t surprising to find women increasingly devalued in our porn-saturated culture.”

But if we think that pornography is a positive factor in relationships we are kidding ourselves, because pornography blinds us to the most important thing that intimate relationships are designed for – giving ourselves to the other person and seeing our satisfaction and happiness as secondary to theirs.

C.S. Lewis, writing in the 1960’s talked about the consequences of sexual intimacy where the focus is on ones own satisfaction. In ‘The Four Loves’ he says:

“We use a most unfortunate idiom when we say, of a lustful man prowling the streets, at he “wants a woman.” Strictly speaking, a woman is just what he does not want. He wants a pleasure for which a woman happens to be the necessary piece of apparatus. How much he cares about the woman as such may be gauged by his attitude to her five minutes after fruition (one does not keep the carton after one has smoked the cigarettes).”

With pornography, the ‘necessary piece of apparatus’ is no longer even another person, which further distances us from the purpose of intimate relationships. Dr. Gary Brooks, author of The Centerfold Syndrome, explains it like this:

“The glossy magazine pictures or pixels on the screen have no sexual or relational expectations of their own. This essentially trains men to desire the cheap thrill of fantasy over a committed relationship. Pornography trains men to be digital voyeurs, to prefer looking at women more than seeking out genuine intimacy”

Zillmann and Bryant’s study also confirmed that pornography damaged relationships and even made sex less satisfying for those who used pornography. “Participants from the Massive Exposure Group reported less satisfaction with their intimate partners: they were less likely to be pleased with their partner’s physical appearance, affection, and sexual performance.” (Gilkerson, p3)

So pornography is not a marital aid, but a barrier to genuine intimacy and a killer of pleasure. Increasingly too, once a relationship has ended, it becomes a weapon. This week I’m sure I wasn’t the only one who rejoiced to hear that the website IsAnyoneUP.com was closed down by its owner Hunter Moore and the domain sold to anti-bullying site Bullyville.com. The site was live for more than a year, and it encouraged users to submit pornographic images and videos of the ex-partners, which were linked to social networking profiles. This genre of website is known as ‘revenge porn’ and it was very popular. IsAnyoneUp was receiving 300,000 hit per day and Hunter Moore had plans to develop the site with a mobile app and a TV spin-off, increasing the $20,000 per month which he was earning from advertising revenues.

With all this pressure put on ‘normal people’ to try and live up to the fantasy promoted by pornography, is it any wonder that self-image is the biggest casualty? But again, the most worrying aspect of how pornography warps our judgement is not to do with image, but with what we think is acceptable.

To gauge how pornography might effect self-worth, Zillmann and Bryant asked their participants to consider a case study where a female hitchhiker had been raped and the rapist brought to trial. Participants were asked to rate how long they thought an appropriate prison sentence would be. In keeping with what we have seen before, male participants in the ‘massive exposure’ group recommended shorted sentences. The shock, however, came in the responses of female participants. Those in the ‘massive exposure’ group recommended sentences half the length of those in the control group. (77 months and 144 months respectively). The lesson is clear, women who are exposed to pornography consider sexual violence against women to be less serious then those who are not. They have also bought into Porn’s lie that we are less valuable than we are.

Now this is the really ugly side of the pornography industry and it is the secret that should turn casual users right off. Pornography promotes violence against women and seeks to silence those who speak against it. It does this by lying about what is normal and acceptable.

Every so often a story hits the headlines about a young man who has been caught out by a comment he made on a social media site of some sort. a recent example (February 2012) was the comments written in an article on the UniLad website which suggested that with unreported rape statistics at 85%, it seems like “pretty good odds” they men might get away with forcing a girl to have sex with them. Following a brief media storm (and the threat of disciplinary action from Plymouth University against Jamie Street, the site’s CEO) the article has subsequently been withdrawn and the site re-launched, but when I visited today the lead article was a helpful guide to finding girls with such low-esteem or lack of judgement that they can’t refuse to take part in degrading sexual acts. So at least the sex is consensual now, but only just.

Social commentators have been quick to try and tease out the difference between harmless banter and incitement to sexual assault, but I’m not sure that the distinction is really there. Both seem to rely on the assumption that attractive women are simply there for the satisfaction of men, and that anyone or anything that might hinder that process is the legitimate target for abuse.

One such target for abuse were members of the Bristol Feminist Network, who has the audacity to be pleased that the Bristol branch of ‘Hooters’ had closed down. The group had been vocal in their opposition to the opening of the restaurant in the first place, and saw its closure due to as an indicator that the people of Bristol had voted with their feet and not become customers. On the afternoon of the closure, a member of BFN was asked to comment by the BBC, and they subsequently issued a press release, but the nature of the comments (on Facebook and personally directed against BFN) by ‘supporters’ of the restaurant was nothing short of open bullying and intimidation, promising to “kick [her] in the vagina” and that she was “a **** who needed to pay”. You can read the full saga, without my redactions here.

Middlesex University recently published research that explored attitudes to this sort of sexualised banter by comparing statements which were published in these magazines with comments taken from interviews with convicted sex offenders. The magazine comments typically accompanied ‘soft-porn’ images in Lad’s Mags such as FHM, Nuts, Zoo & Loaded.

If you’ve got a strong stomach then you can try the experiment for yourself. Simply look through this list of statements and see which you think are the rapists, and which are the lad’s mags. The results were quite disturbing, with participants largely failing to distinguish between the sources. They were also more likely to identify with the quote if they were told it was from a magazine, even if the true source was a rapist.

And this is the narrative that not only accompanies pornographic images, it is built into the very fabric of the medium. To illustrate the problem we can look at the research of Robert Wosnitzer, Ana Bridges, and Michelle Chang, who analysed aggression in the adult DVDs

In their 2007 study of the 50 top selling adult DVDs, Wosnitzer, Bridges, and Chang recorded an act of aggression on average every minute and a half. Three quarters of the aggressors were men and nearly all of the recipients were women, but in 95% of the scenes the person receive the aggression acted neutrally or positively to it. The message is clear, violence against women is part and parcel of normal sexual behaviour. Is it any wonder that young men consider sexualised banter about rape and abuse to be normal, and that turning their boasting into action is a cause for celebration, rather than facing any negative consequences.

Pornography distort our view of ourselves and other people, which causes us to have impossible exceptions of real relationships. It also normalises violence against women and the right to take sexual satisfaction whenever we want. So let’s make sure that an alternative narrative is seen as the norm: 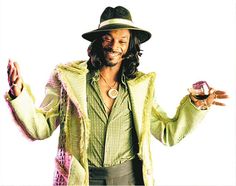 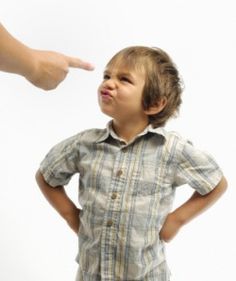 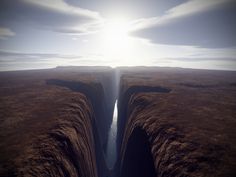 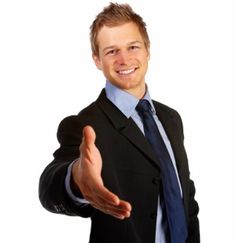 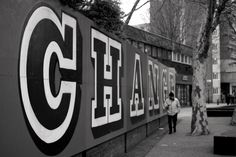 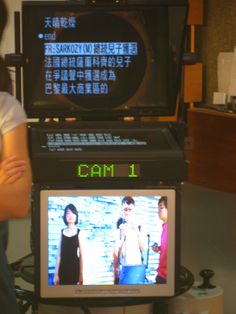 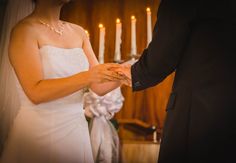 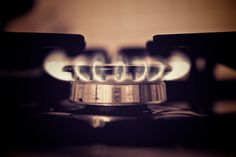 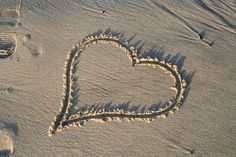 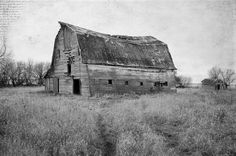 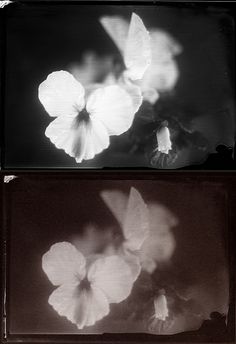 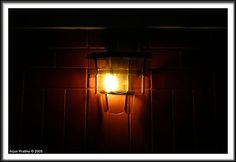 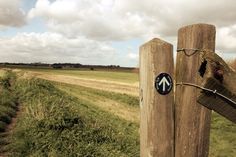 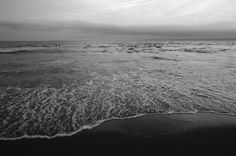